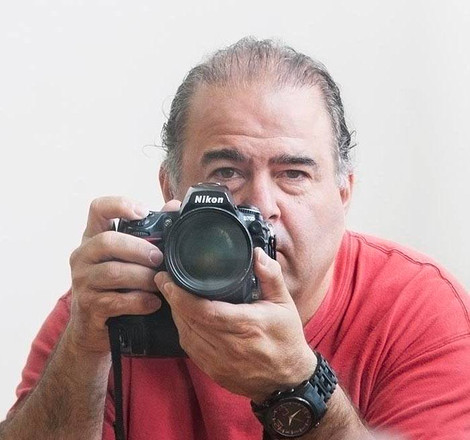 “Capturing the image is only part of the process. The computer and memory card may have replaced the chemicals of the darkroom, but my values have not changed. I painstakingly edit each image, bringing to print what I viewed through the lens. Over the years I have refined my technique and trained my eyes to see the world in a unique way. My images go beyond the basics, displaying a vision blended of light, motion, and viewpoint.”

Joe Epstein is a professional photographer based out of Hoboken, NJ. Joe’s expertise includes Commercial, Portraiture and Fine Art photography. Focusing first in the field of photojournalism, Joe has been working as a professional photographer since 1985. At The Star Ledger the largest daily newspaper in New Jersey, Joe won several industry awards and in 2005, was a member of the staff that was awarded the Pulitzer Prize for Breaking News.

Joe’s work has been published in newspapers, magazines, and websites around the world, appearing in such publications as: The Associated Press, Newsday, The Inquirer, Sports Illustrated, OT Week, websites of: USA Today, MSNBC, The Wall Street Journal, The New York Times, and on the cover of Exceptional Parent. Through Joe’s volunteer both as a coach and a photographer with The Special Olympics of New Jersey, Joe’s photographs appeared on the covers of several limited edition boxes of General Mills’ cereals; Team Cheerios, Golden Grahams and Wheaties.

In 2009, Joe broadened his concentration to include fine art photography along with portraiture and commercial work. Joe’s work has been displayed in local Hoboken galleries and fine art shows throughout New York and New Jersey. Joe has travelled globally including rural villages of Ghana, game preserves of Kenya, remote regions of the Amazon Rainforest in Brazil, as well as the Outback and Great Barrier Reef in Australia from the pristine beaches of Turks and Caicos and Bali, to Alaska and Florida and many, many places in between.